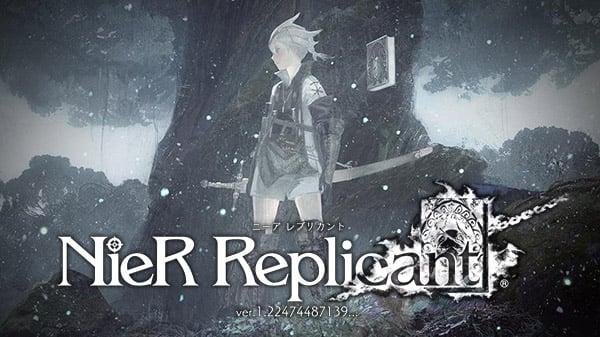 Square Enix has announced NieR Replicant ver.1.22474487139… for PlayStation 4, Xbox One, and PC (Steam). It is an upgraded version of the third-person action RPG NieR Replicant and prequel to to NieR: Automata.

A black scrawl disease and strange beasts threatened the world. A young, kind-hearted boy makes a promise to his little sister. A thousand-year lie that would live on for eternity…

In the year of the 10th anniversary of NieR, we are announcing that the cult classic third-person action RPG NieR Replicant, is to be rebuilt for PlayStation 4, Xbox One and PC (Steam) as NieR Replicant ver.1.22474487139…

NieR Replicant is the prequel of the critically acclaimed success NieR: Automata.

NieR Replicant ver.1.22474487139… invites players into a dark, apocalyptic world as they join a brother’s captivating quest to cure his sister of a deadly disease—a quest which will in turn make them question everything.

Here are a few more details (thanks, Games Talk and Famitsu):

The game’s Japanese voice cast is as follows:

Watch the teaser trailer below. View the key visual and concept artwork at the gallery. Visit the teaser website here.