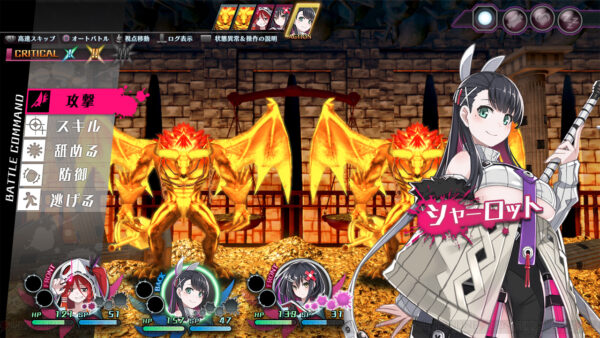 Mary Skelter Finale will launch for PlayStation 4 and Switch on August 27 in Japan for 8,360 yen at retail and 8,030 yen via download, the latest issue of Dengeki PlayStation confirms. A 10,560 yen limited edition will also be available.

The magazine also reveals that the sequel, where the characters of Mary Skelter: Nightmares and Mary Skelter 2 all managed to escape, has six protagonists: returning characters Jack, Clara, and Red Riding Hood, and new characters Juu, Mary, and Scorched Pillar. Another new character named Charlotte is also unveiled. Each protagonist has their own group, which you can switch between freely while challenging each dungeon.

If you missed our initial coverage, read more about the game here.