A capable captain in her own right. 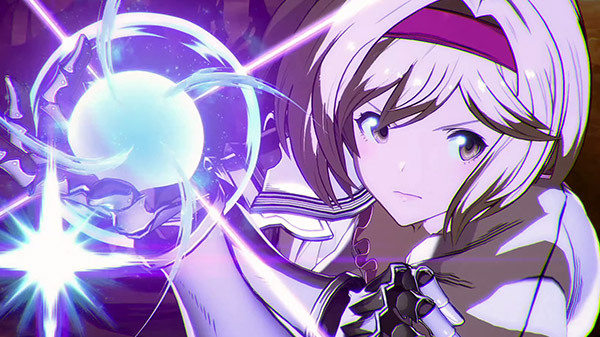 Djeeta can be unlocked by purchasing the downloadable content “Additional Character Set: Djeeta” or the “Character Pass Set.”

Here is an overview of Djeeta, via the game’s official website: 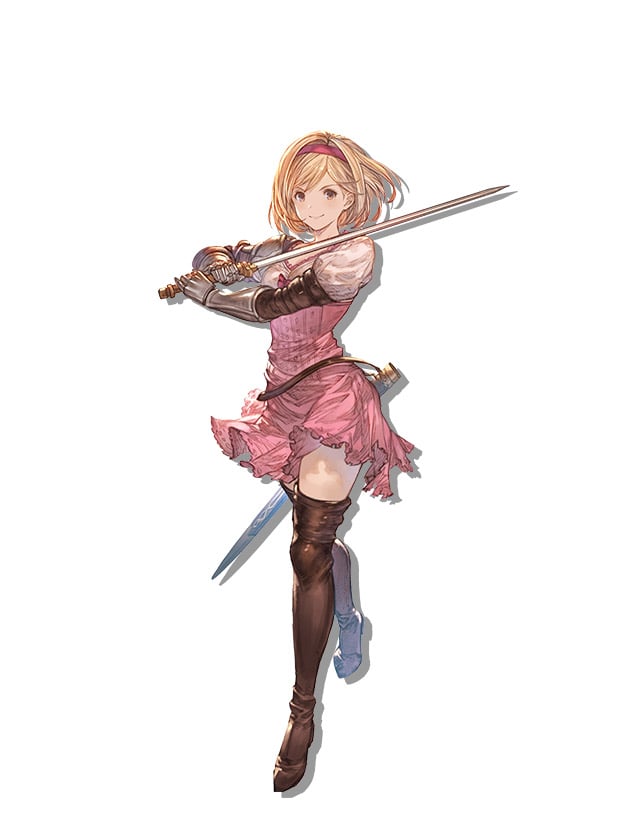 Djeeta, who is a capable captain in her own right, joins the fight in Granblue Fantasy: Versus! Sharing a similar skill set as Gran, she’s a great fighter for anyone!

This hero’s adventure began when she received a letter from her father asking her to come to the Island of the Astrals, Estalucia. Now she travels the skies with her flying lizard-like buddy, Vyrn, and the mysterious blue-haired girl who saved her life by linking it with her own, Lyria.

Honest to a fault, she’ll come to the aid of anyone who needs his assistance. Although her swordplay is rough and self-taught, she possesses the power to overcome any obstacle—thanks in no small part to Lyria’s assistance. 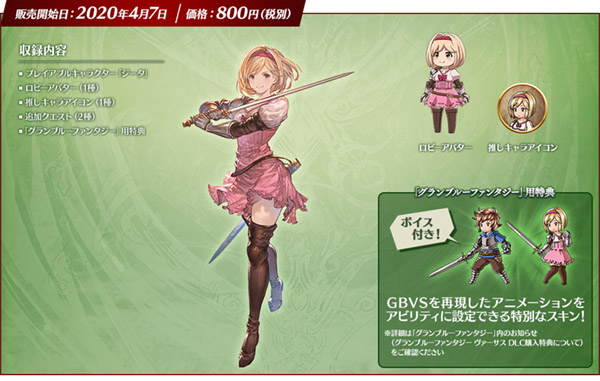 A trailer for downloadable content character Zooey will be released on April 17.

Watch a trailer for Djeeta below. View a set of screenshots at the gallery.