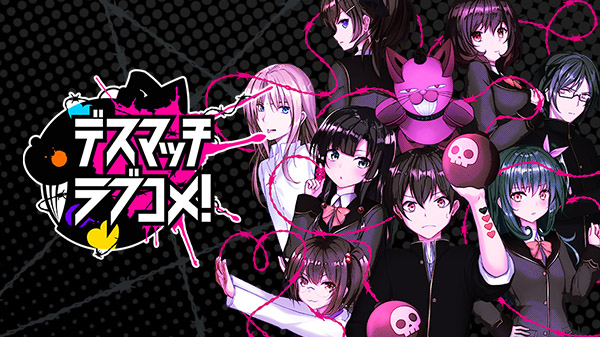 Kemco has announced Death Match Love Comedy!, a remake of the popular iOS and Android game D.M.L.C.: Death Match Love Comedy first teased at Tokyo Game Show 2019, for PlayStation 4, Switch, and PC (Steam). It will launch digitally on June 25 in Japan for 3,000 yen. A physical edition will also be released for PlayStation 4 on the same day for 3,666 yen, which includes two Raging Loop collaboration postcards.

Here is an overview of the game, via its Japanese retail listings:

“Get confessed to and explode!” A school romantic comedy novel adventure game!

This is a madcap school romantic comedy where the protagonist, who is cursed to explode if anyone confesses their love to him, must avoid the confessions of the girls that approach him as he confronts the school’s curse and mysteries.

This is a full remake of the smartphone game that boasts 4.5 stars on the App Store and Google Play, now with completely new graphics.