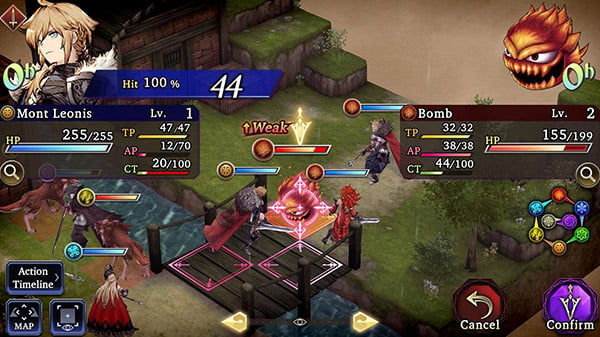 Square Enix has announced a spring release window and opened pre-registration for War of the Visions: Final Fantasy Brave Exvius in the west, as well as announced that the iOS and Android tactical RPG has surpassed nine million downloads since its November 2019 in Japan.

Depending on the number of pre-registrations, users will receive various in-game bonuses. Here is the full list of potential in-game rewards:

When it launches in the west, War of the Visions: Final Fantasy Brave Exvius will feature both English and Japanese audio options, and English, French, German, Spanish, Korean, and Traditional Chinese text options.

Here is a brief overview of the game, via Square Enix:

War of the Visions: Final Fantasy Brave Exvius is a standalone gaming experience that draws inspiration from classic Square Enix tactical RPGs. Set in the Final Fantasy: Brave Exvius universe, the action unfolds on Ardra, a continent on the brink of war as individual nations struggle for dominance. Players will follow the stories of twin princes Mont and Sterne from the kingdom of Leonis, which possesses the power of visions, and Machérie, the beautiful Steel Maiden of Hourne. As they progress, players will need to navigate a variety of battlefields, strategize their attacks against enemy forces and summon powerful Espers to help turn the tide of war.

More information is available via the game’s official website.