More information on the anime ahead of its April debut. 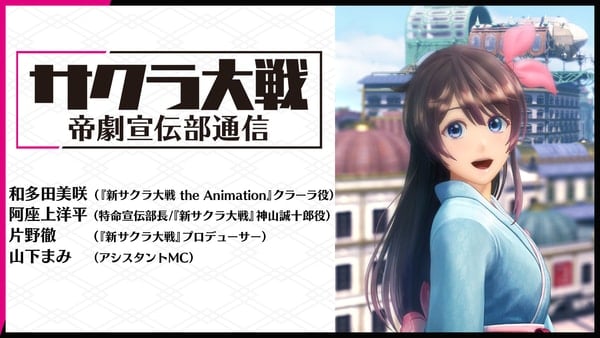 Sega will host the 12th “Sakura Wars Imperial Theater Propaganda Department Report” official broadcast on February 26 from 20:00 JST to 21:30 JST, the company announced. It will be live streamed on YouTube and Periscope.

The broadcast will feature Misaki Watada, who voices new character Clara in Shin Sakura Wars the Animation, and provide a “full introduction” of the anime set to premiere in April. It will also feature the latest information on the Sakura Wars stage play, music, goods, and more.

john ⋅ Record of Lodoss War: Deedlit in Wonder Labyrinth coming to PS5, Xbox Series, PS4, Xbox One, and Switch on December 16 ⋅ 3 minutes ago