First lengthy look at the March 31-due western release. 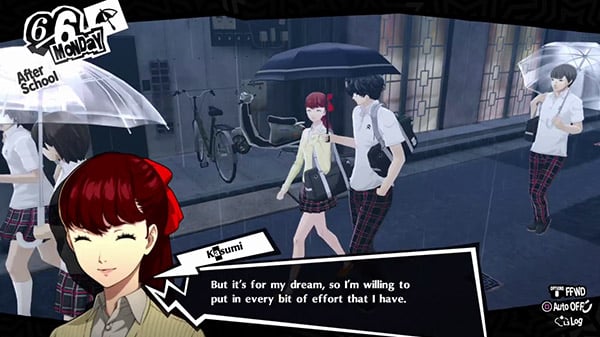 Gematsu attended an Atlus-hosted Persona 5 Royal event in Los Angeles in early February where we went hands-on with the English version of the enhanced Persona 5.

Atlus prepared save files with access to various early scenes, including the first “Palace”—the game’s main dungeons formed by the negative thoughts of those the Phantom Thieves of Hearts aim to reform—showcasing the new “Grappling Hook” mechanic and updates to said Palace’s boss battle; as well as the new Kichijoji area; event scenes with new playable character Kasumi Yoshizawa; and the player-customizable “Thieves’ Den.”

Persona 5 Royal launched for PlayStation 4 on October 31, 2019 in Japan, and is due out on March 31 in the Americas and Europe.

Watch the footage below. (It should be noted that there are minor spoilers, specifically for the in-game dates April 18, April 28, May 5, and May 6.)