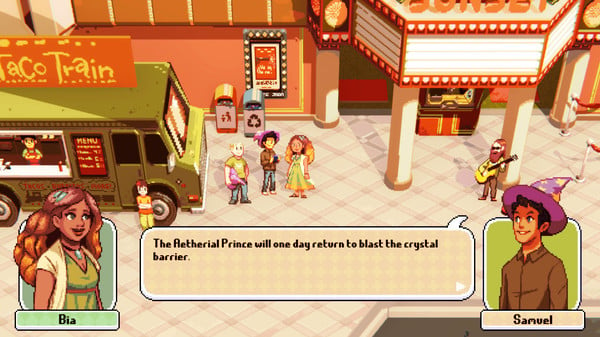 Romantic narrative adventure game Half Past Fate will launch for Switch via the Nintendo eShop and PC via Steam on March 12, publisher Way Down Deep and developer Serenity Forge announced.

Love is in the air, but work, life, and spicy Ramen keep getting in the way!

Half Past Fate is a rom-com adventure with a charismatic 3D pixel art style. Follow the journey of six ordinary people who found each other in extraordinary ways. From eight hours to eight years, this time-jumping saga will change the way you feel about fate forever.