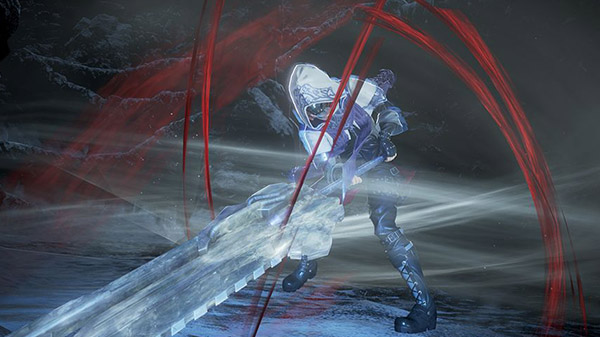 Bandai Namco has released the launch trailer for Code Vein‘s second major downloadable content, “Frozen Empress,” which is available now for $9.99 and as part of the $24.99 Season Pass.

Here is an overview of what is included, via our previous coverage:

Clear the “Horror Hunting Trials” to Obtain Your Bonus

The following bonuses can be acquired by fulfilling conditions during the battle against “Frozen Empress”. Check the achievement conditions for more information on how to unlock your bonus.

You can go into the frigid Depth made with the multi-layer structure precipices and the caves with lined by stone pillars.

Lost are awaiting inside the complex landscape. Observe the structure well and take the appropriate route to move forward. Items may be hidden in unexpected places, so it is important to advance carefully

(The map of the Depth “Celestial Ice Prison” can be acquired in the room added in the path extending from “Crypt Spire” to “Provisional Government Outskirts.”)