Visual novels, both bishoujo and otome. 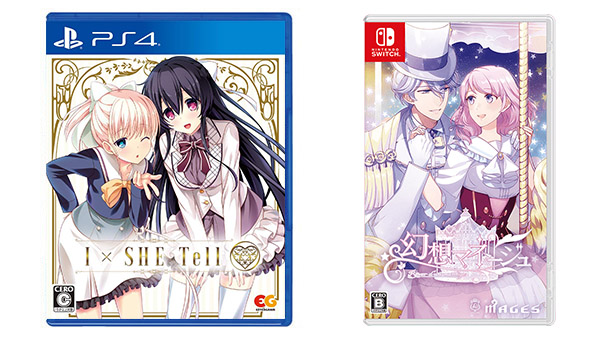 Visual novels are the highlight of this week’s Japanese video game releases.

Entergram is releasing two romance visual novels: Boku to Joi no Shinsatsu Nisshi for PlayStation 4 and Switch, and IxSHE Tell PlayStation 4, Switch, and PS Vita. Only the PlayStation versions of both titles are due out at retail.

On the otome side of visual novels, there is Koi no Hanasaku Hyakkaen from Takuyo and Rever d’un Manege from Mages. sub-brand Love & Art. Both are due out for Switch.

Other new releases this week include Coffee Talk and Sisters Royale: Five Sisters Under Fire, both of which are due out worldwide this week. In Japan, both titles will be released at retail for PlayStation 4, and Coffee Talk for Switch.