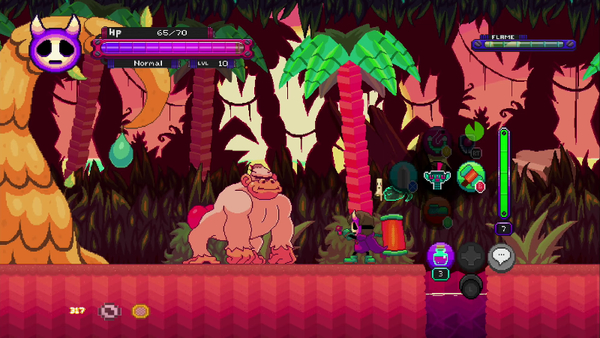 RPG platformer Underhero, which first launched for PC via Steam in September 2018, is coming to PlayStation 4 on February 11 in North America and February 12 in Europe, Switch on February 13, and Xbox One on February 14, publisher Digerati and developer Paper Castle announced announced. It will have a 20 percent-off launch discount on PlayStation 4 and Switch, and the same discount for users who pre-order on Xbox One.

Underhero is an RPG platformer where the chosen hero has failed, and an underling of the evil king reluctantly takes his place as the new hero. Use timing-based combat to defeat enemies as you venture across the land, face off against quirky bosses, and save the Chestnut Kingdom from your own evil boss, Mr Stitches!