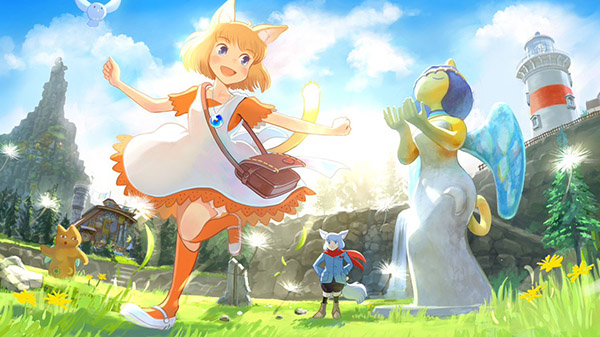 Giraffe and Annika will launch for PC via Steam on February 18, new publisher Playism and developer Atelier Mimina announced.

While the game was previously published by Unties, Playism announced that it has taken over publishing from Unties in order “to maximize the potential of the title.”

Giraffe and Annika is also planned for release on PlayStation 4 and Switch in 2020, but a specific release date has yet to be announced.

Join the cat-eared heroine Annika on her adventures on the mysterious island of Spica! Tasked by the young boy Giraffe, she sets off to find the fragments of the stars. Solve the islands hidden mysteries!

Annika awoke from a strange dream to find herself stranded on the mysterious “Spica Island!”

Upon exploring, she meets a boy named Giraffe, who seems to know her, yet she can’t remember him at all. Giraffe tasks Annika with finding three special star fragments on the island. Only then will she be able to unravel the mystery!

aeoncs ⋅ Tales of Arise hands-on previews, gameplay, and screenshots ⋅ one minute ago