Due out on February 4. 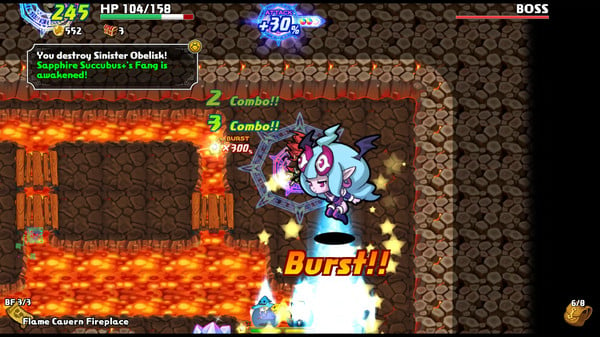 Publisher Degica Games and developer Toydea have announced Dragon Fang: Drahn’s Mystery Dungeon, a free-to-play title for PC based on the roguelike RPG Dragon Fang Z: The Rose & Dungeon of Time. It will launch via Steam on February 4.

Summon and level up your ally monsters to challenge bosses in the dungeon depths!

Dragon Fang: Drahn’s Mystery Dungeon is the story of a young dragonian in a world where dragons are slowly becoming extinct. Once upon a time the dragons, mightiest among all, ruled the world with their godly power.

The seemingly everlasting dragon era has come to an unexpected end, and the world is in turmoil without absolute rulers.

As their days come to an end, dragons create labyrinths and hide in their depths out of time and space to quietly draw their last breaths. Thus no one can misuse their tremendous powers as they sleep, for they love the world.

Why are they passing out of existence?

Now a dragonian boy, Drahn, and his trusty fairy companion, starts a journey to meet with the remaining dragons. He will need to unlock the powers of the Dragonfang to discover the truth!

Adventure into a flame swirling dungeon, sky piercing Yggdrasil, and the solemn shrine deep under the sea. You will face mighty bosses awaiting deep in the dungeons.

Summon ally monsters and employ their special power and skills to defeat these evil bosses. Enemies may decide to join your party after defeating them! Are you going to stick with your old pals? Or you want to build a different squad with new friends? It’s all up to you.

Randomly generated dungeons can be played more than 100 times and yet it will stay as refreshing as you just started. There will be lots of really challenging dungeons and bosses so get ready!

The paid title Dragon Fang Z: The Rose & Dungeon of Time is available now for PlayStation 4, Xbox One, Switch, and PC via Steam.