Try out the "Retrieval" and "Control" game modes. 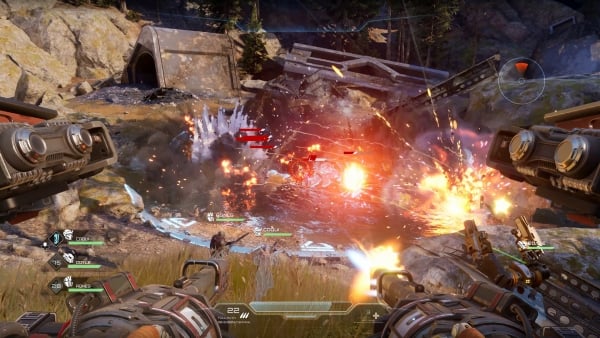 The closed multiplayer technical beta for Disintegration will run from January 28 to 29 between 8:00 a.m. PT and 11:59 p.m. PT each day across PlayStation 4, Xbox One, and PC via Steam, publisher Private Division and developer V1 Interactive announced. Sign-ups are available at the official website. An open beta will follow from January 31 to February 1.

Both betas will feature two of three multiplayer game modes that will be available in the full game at launch. Get the details below, via Private Division:

Players will be able to play with seven of the final game’s unique crews in the beta, such as the damage-boosting Tech Noir or the nuke-launching Warhedz. The purpose of the betas is to ensure stability and collect feedback ahead of when the game launches later this year.

Disintegration is due out for PlayStation 4, Xbox One, and PC via Steam in 2020. Read more about the game here.