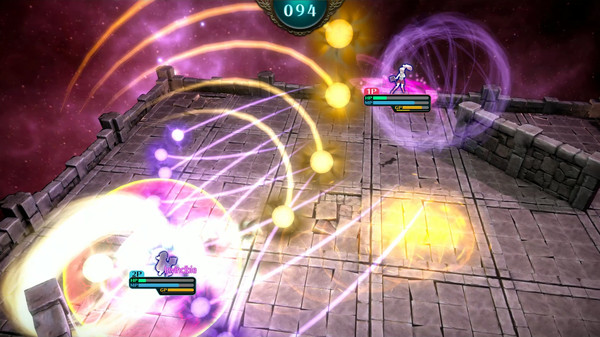 Publisher GameTomo and developer Palladium Soft will release Custom Robot-inspired action battle arena game Ballistic Craft for PC via Steam on February 13 at for $11.99. It will be available at a launch week discount of 10 percent off until February 20.

A Bullet Hell of Your Own Making

Ballistic Craft is an action battle arena where you fight with magic bullets called Shots.

Defeat your rivals through “Shot Development” that allows you to create your own custom shots by changing shot trajectory, speed, size, and color in a variety of ways. The number of Shots that can be produced from these elements is almost infinite! Originality and strategy that confuse and confound your opponent are the keys to victory. Your custom Shots can be shared worldwide through the Steam Workshop.

Fight Your Way through the Ballistic Castle

In single-player “Quest Mode”, you will participate in the League of Crafters as a novice wizard. Aim to dominate at the yearly tournament that determines the best of all the Magic Knights. You can acquire new Shots as you battle your way through the Quest Mode, then use these Shots as they are, or as a template for further custom development.

Wizards Await You All Over the World

The battle mode supports local / online multiplayer. You can play casually with friends or compete with players around the world through random matching.