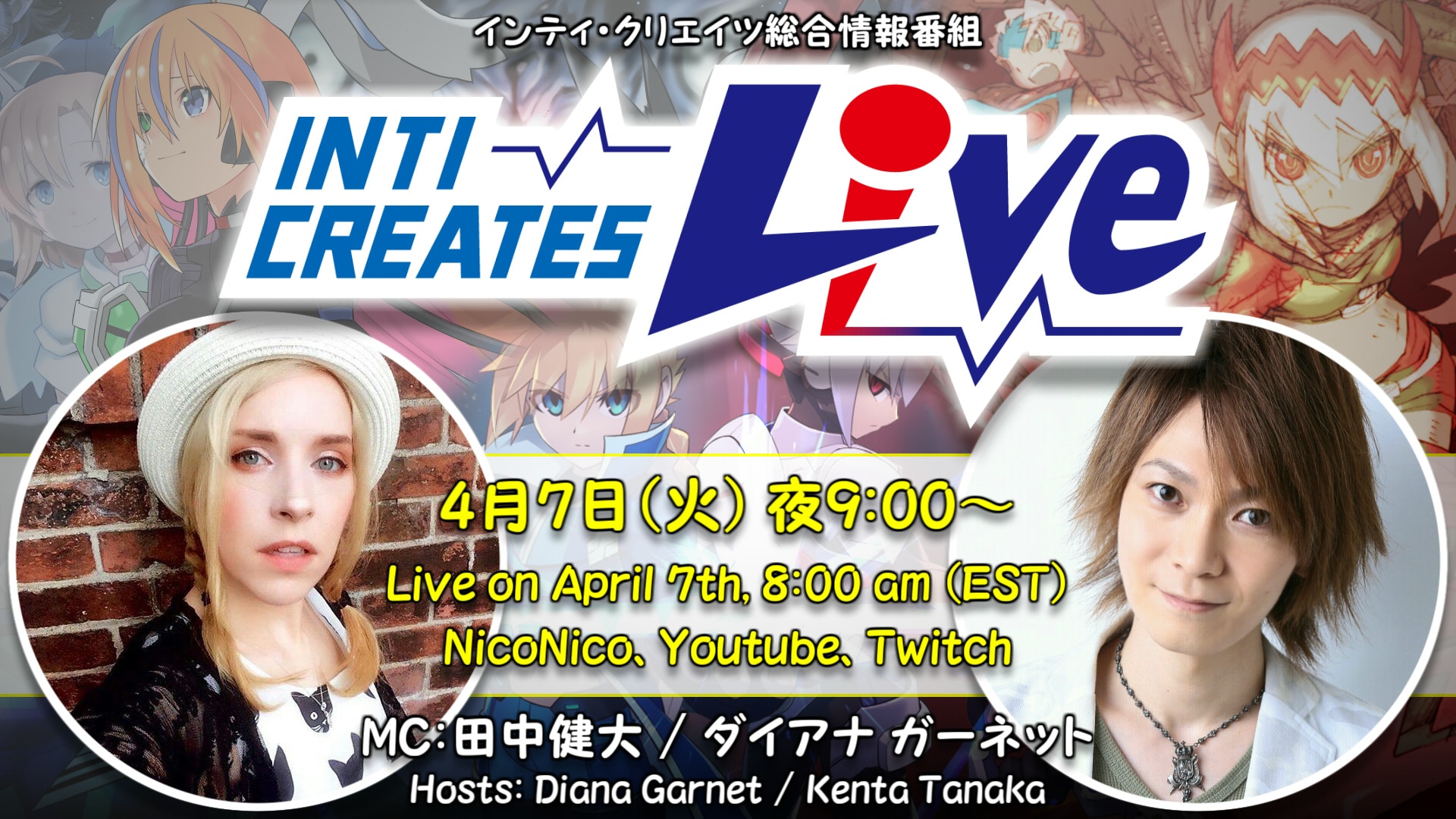 “We decided it was about high time bring back the show so that we can deliver not only the latest information, but special announcements, and more as we try find new ways to communicate with you while we are stuck indoors during this crazy time in the world,” Inti Creates said in a blog post.

The company continued, “Even though this is technically episode #11, this time around, we’ve rebuilt the show from the ground up! We’re still delivering the content you expect from this show, but with a new group of MCs: Diana Garnet (singer of the Dragon Marked for Death theme song, English voice of Joule in the Gunvolt original video animation) and Kenta Tanaka (Bandit in Dragon Marked for Death)!”

Among its plans for the first episode in the rebooted Inti Creates Live is a special video message from Dragon Marked for Death producer Yoshifumi Hashimoto of Hakama.

ksen ⋅ PS5: The Future of Gaming presentation set for June 4 ⋅ one minute ago