The Riftbreaker for PS5, Xbox Series, and PC launches October 14 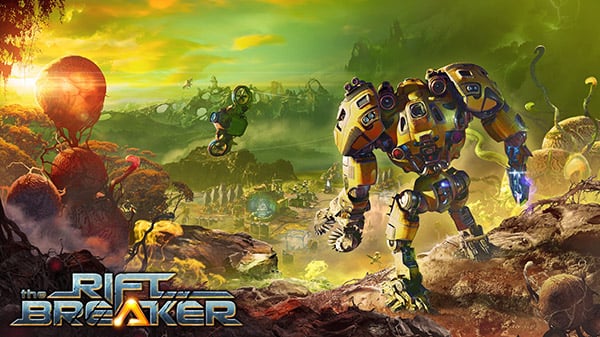 The Riftbreaker will launch for PlayStation 5, Xbox Series, and PC via Steam, Epic Games Store, and GOG on October 14 for $29.99, as well as via Xbox Game Pass for Console, Cloud, and PC, publisher Maxium Games and developer EXOR Studios announced. The PlayStation 5 and Xbox Series versions will also be available at retail. PlayStation 4 and Xbox One versions will follow at a later date.

Running in EXOR Studios’ proprietary Schmetterling 2.0 engine, The Riftbreaker utilizes advanced raytracing techniques on both consoles and PC. Thanks to the use of AMD Fidelity FX Super Resolution, the PlayStation 5 and Xbox Series X versions of the game both run in 4K resolution at 60 frames per second with raytracing effects enabled. The Xbox Series X version runs in the same resolution and frame rate, but without raytracing effects enabled.

The console versions of the game also feature full mouse and keyboard support, as well as in-depth implementations of impulse and adaptive triggers, as well as haptic feedback.

Here is an overview of the game, via EXOR Studios:

As Captain Ashley S. Nowak, “the Riftbreaker,” you enter a one-way portal to Galatea 37, a distant planet at the far reaches of the Milky Way. Your purpose is to build and develop a base that will allow travel to and from Earth for further colonization. Ashley’s Mecha-Suit, which she calls “Mr. Riggs,” can withstand the harshest environmental conditions and has a full range of equipment for base construction, resource extraction, specimen gathering, and of course—combat. It is also capable of traveling through rifts that connect space across vast distances.