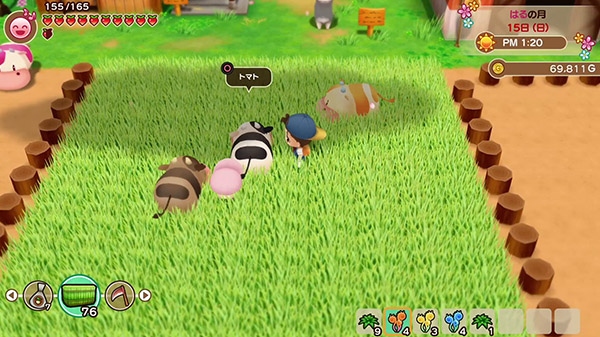 Marvelous has released a new Japanese trailer for the PlayStation 4 and Xbox One version of Story of Seasons: Friends of Mineral Town.

Originally released for the Game Boy Advance in 2003, one of the most beloved entries in the 20-plus year history of the farm / life simulation series now known as Story of Seasons in the West gets a complete reimagining to bring the charming and occasionally mysterious world of Mineral Town back to life! The graphics have been recreated to modern-day standards, while core features such as multi-floor mining and the fan-favorite horse racing have been refined and improved upon. Newcomers to the series will discover the compelling farming gameplay and complex characters that made this series the standard in the genre, and veterans will be able to enjoy a return to a wonderful world with updated systems, character designs, and a completely new translation. This title is rated E10+ by the ESRB.