"Join Eve's adventure in the face of unknown creatures on a desolate, destroyed Earth." 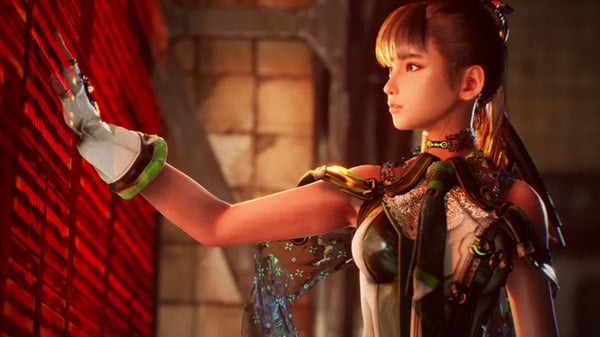 The previously announced PlayStation 4, Xbox One, and PC versions of the game are no longer mentioned on its official website. In an interview posted on the website, director and art director Kim Hyung Tae describes the game as “a single-player game currently being developed for PlayStation 5.”

Here is an overview of the game, via SHIFT-UP director Kim Hyung Tae:

Reclaim the Stolen Earth and Decide for Mankind’s Destiny

In the not-too-distant future, mankind is expelled from Earth after losing the battle against the invaders called the NA:tives. To win back Earth, the player becomes Eve, the survivor of the paratrooper squad deployed from the Colony, who must fight through powerful enemies with new comrades. We invite you to join Eve’s adventure in the face of unknown creatures on a desolate, destroyed Earth.

The Earth, embodied with such graceful graphics that take full advantage of PlayStation 5’s power, will convey unprecedented vibes that stand out from other post-apocalyptic worlds. As you accompany Eve throughout the game, you get one step closer to the secret hidden in this unusual world. Combat in Eve is deliberate—including attack, defense, and evasion—while remaining fluid and zestful. The only way to survive is to grasp the attack patterns of various enemies and counter with precise timing.

Continue the flow of battle after parrying and evading by weaving in multiple combo skills. Taking down enemies culminates in a spectacular and amusing display of power. The DualSense wireless controller’s haptic feedback amplifies this experience by manyfold. From the sensation of the blade slicing into the enemy to the exceptional skills that tingle your hands. We can’t wait to reveal new weapons that vividly showcase the DualSense controller’s features in the future.

Eve will do more than slay enemies with style in her adventure. Master the terrain by scaling walls, sliding tactically, swinging on ropes, and more. As you make your way through this environment utilizing diverse actions, try exploring and acquiring treasures hidden throughout the world!

As the game progresses, Eve acquires skills and items, growing stronger and stronger. Acquire Beta Gauge (BG) by parrying and evading in combat. You can then use BG to gain skills like piercing super armor, execute sweeping attacks, interrupt enemy combos, and more. Eve also has a Burst Gauge which accumulates with successive parries and combos, which can be used to activate buffs and powerful attacks like a leaping stab. You can also look forward to finding stylish costumes throughout the game to change Eve’s look.