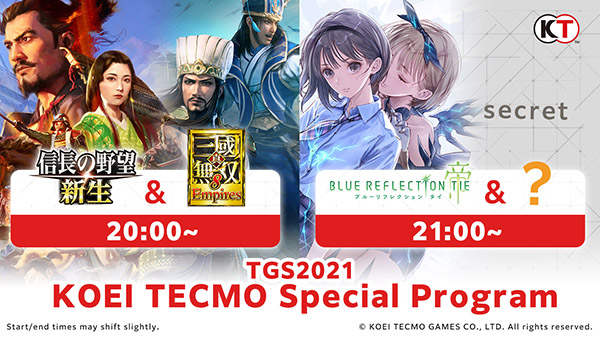 Here are the details for the Koei Tecmo Special Program:

The Koei Tecmo Live! in Tokyo Game Show 2021 schedule, as well as the company’s full games lineup for the event, have yet to be announced.