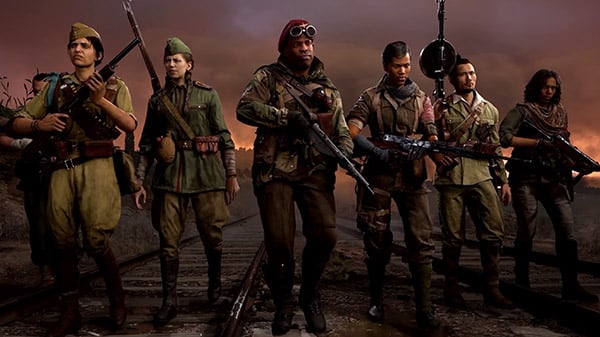 Publisher Activision and developer Sledgehammer Games have released the multiplayer reveal trailer and screenshots for Call of Duty: Vanguard.

Additionally, over on Call of Duty Blog, the development team has published an in-depth blog post on everything from the game’s multiplayer reveal to the upcoming beta test.

Here are the beta test details:

This beta weekend will introduce the following samples of the full MP content:

Those who participate in the beta and reach level 20 will receive a Weapon Blueprint for Call of Duty: Vanguard and Warzone (available in Vanguard following the game’s launch on November 5 and in Warzone when the new main map launches later this year). Also, those playing Call of Duty: Mobile will receive an Arthur Kingsley Operator, available shortly after the end of the beta.

Further intel about these rewards, and a deep dive into exact contents of the beta, will be available here at the Call of Duty Blog later this week.

Call of Duty: Vanguard takes players into the origins of Special Forces in the most connected Call of Duty experience across the franchise. Experience World War II through the eyes of a multinational group of soldiers, who form Task Force One in the campaign’s gripping narrative while also becoming the original Special Forces operators in the game’s adrenaline-fueled Multiplayer. Vanguard pushes the action forward in a franchise-first Zombies crossover.  Fans everywhere can also look forward to a brand-new map coming later this year in Warzone, the free-to-play experience, which will be fully integrated with Vanguard.  It’s time to rise on every front.

Call of Duty: Vanguard is due out for PlayStation 5, Xbox Series, PlayStation 4, Xbox One, and PC via Battle.net on November 5.

Watch the multiplayer trailer and reveal event archive below. View the screenshots at the gallery.