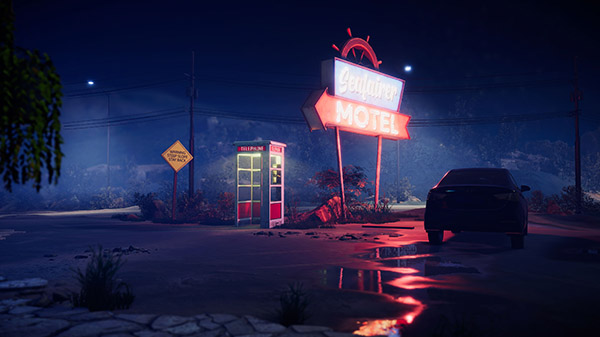 As previously announced, the PlayStation 5, Xbox Series, PlayStation 4, Xbox One, and Switch versions will launch in 2022.

In Alfred Hitchcock – Vertigo, dive into a new kind of psychological thriller, and walk on a thin line between reality and fantasy.

Writer Ed Miller came out unscathed from his car crash down into Brody Canyon, California. Even though no one was found inside the car wreckage, Ed insists that he was traveling with his wife and daughter. Traumatized by this event, he begins to suffer from severe vertigo. As he starts therapy, he will try to uncover what really happened on that tragic day.