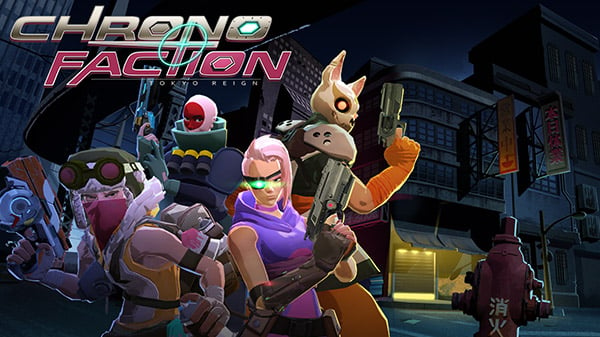 Impact Winter developer Mojo Bones has announced Chrono Faction: Tokyo Reign, a roguelike deckbuilder for Switch and PC (Steam) that “blurs the line between strategy and action.” A Kickstarter campaign is coming soon.

Here is an overview of the game, via Mojo Bones:

Chrono Faction takes the CCG (collectable card game) genre in a bold new direction with its dynamic track-based battlefield where tactile mechanics meet turn-based card battling. Use the Card Phase to carefully plan and synergize your attacks, then draw your weapons and watch the battle play-out in real-time during the action-packed Combat Phase.