Get the scoop on each title. 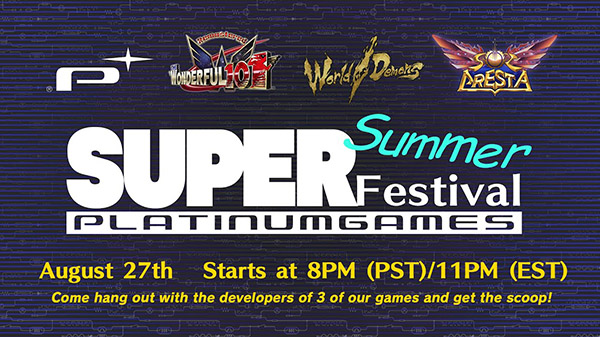 PlatinumGames will host the “PlatinumGames Super Summer Festival” live stream on August 28 at 12:00 JST, which will feature new information on World of Demons, The Wonderful 101: Remastered, and Sol Cresta, the company announced. You will be able to watch it on YouTube (English, Japanese).

Get the details below, via PlatinumGames.

World of Demons is available now for Apple Arcade.

The Wonderful 101: Remastered is available now for PlayStation 4, Switch, and PC via Steam.

Sol Cresta is due out for PlayStation 4, Switch, and PC via Steam in 2021.