Go back in time to prevent girls from dying. 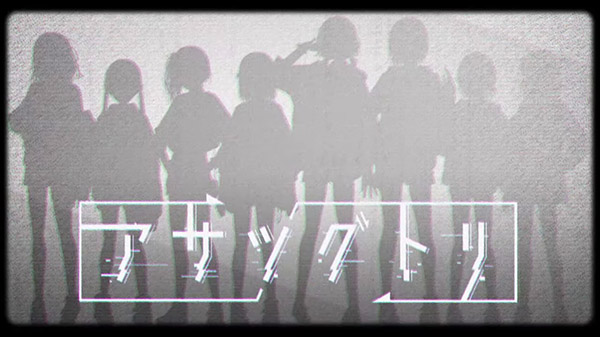 Nippon Ichi Software has announced “time loop investigation adventure” game Asatsugutori for PlayStation 4 and Switch, the latest issue of Weekly Famitsu reveals. It will launch on November 25 in Japan for 7,678 yen.

In Asatsugutori, eight girls are gathered to live together in an unknown building, where they do not know who will be killed or when it will occur. When an incident occurs and a girl is killed, the protagonist’s ability to go back in time activates.

During “Investigation Parts,” you will go back in time to before the incident and investigate. Investigation Parts progress in real-time, and the information you can collect varies depending on the time of day, so you will have to go back several times to fully investigate. Victims also do not always cooperate with the protagonist since they do not know they are going to die.

Nippon Ichi Software has been teasing the reveal of Asatsugutori with a teaser website. An official announcement is expected for August 5.