Plus details on some of Samus' abilities. 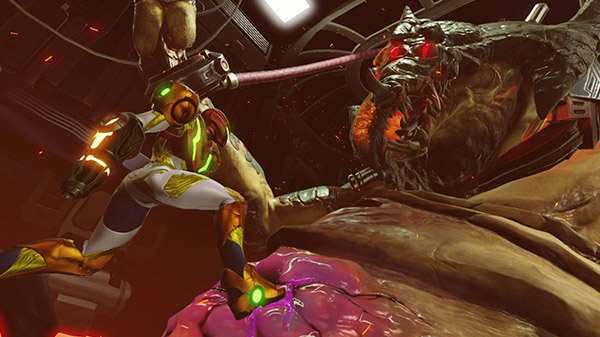 Here are the latest details from Volume 6:

More about this mysterious figure will be revealed when the Metroid Dread game launches for the Nintendo Switch family of systems on October 8.

But that wasn’t all the trailer covered! The sneak peek also unveiled some of Samus’ abilities—both new and ones previously seen in other games in the series.

In addition to all these abilities, the trailer also highlighted some new sequences from the game, including several featuring giant creatures, terrifying robots and new environments.