Due out in Japan on August 12. 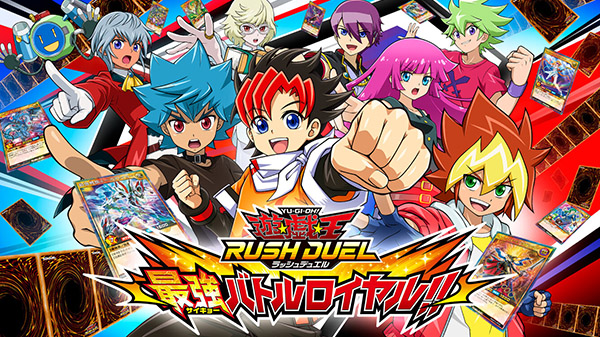 Konami will release Yu-Gi-Oh! Rush Duel: Saikyo Battle Royale!! for Switch in the Americas and Europe this fall, the publisher announced.

Here is a message from the producer:

Hello, everyone. I am [Akitsu] Terashima, producer for the Yu-Gi-Oh! digital game development team at Konami Digital Entertainment.

I would like to introduce Yu-Gi-Oh! Rush Duel: Saikyo Battle Royale!!. This game will be released for the Nintendo Switch in August 2021 in Japan, and is coming to the Americas and Europe in fall 2021.

Since last year, more and more Duelists have been enjoying the Yu-Gi-Oh! Rush Duel card game. The feature of this game is that you can easily turn the tables through multiple draws and Summons.

You can play Rush Duel digitally with the upcoming game Yu-Gi-Oh! Rush Duel: Saikyo Battle Royale!!, and through this game, you can learn the ruels of Rush Duel.

If you become confident with your Rush Duel skills, you can collect cards digitally to build your own Deck and challenge your friends, or even Duelists around the world!

We believe that those who want to play card games casually will also enjoy this game. We’re hoping that this will be a new entry point for all ages, from new players learning to play card games, to older players looking for a new fun way to play Yu-Gi-Oh!.

Yu-Gi-Oh! Rush Duel: Saikyo Battle Royale!! is due out for Switch on August 12 in Japan. A demo is also available. Read more about the game here.