Trigger Witch launches July 28 for PS4 and Xbox One, July 29 for Switch, and later for PS5 and Xbox Series 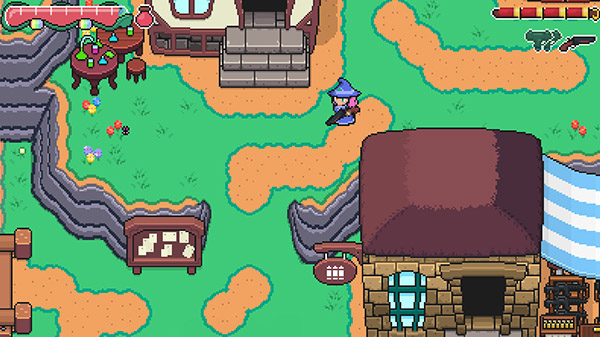 2D twin-stick action game Trigger Witch will launch digitally for PlayStation 4 and Xbox One on July 28 for $14.99 / €14.99, followed by Switch on July 29, and PlayStation 5 and Xbox Series at a later date, publisher Eastasiasoft and developer Rainbite announced.

Physical editions will also be available for pre-order through Play-Asia, with details on platforms and contents to be announced closer to the digital release later in July.

Recalling the visual style and intuitive gameplay of 16-bit action-adventure classics, Trigger Witch puts an ultra-violent spin on cute and colorful pixel art. With a compelling and original narrative, puzzling environments to explore, a dynamic soundtrack, twin-stick shooter mechanics, and a vast array of enemies to blast into smithereens, this is a tale that will grip you from start to bloody finish.

From the creators of Reverie, Trigger Witch is a stylized 2D twin-stick action game set in an odd open world where magic is outdated and firearms are the new way of life. Players assume the role of Colette, a prospective graduate from the Stock, an academy for Witchcraft and Triggery. After a mysterious man invades her realm, events are set in motion that turn Colette’s life upside-down, casting her as the sole heroine with enough firepower to restore peace.