Save your mom's video store. 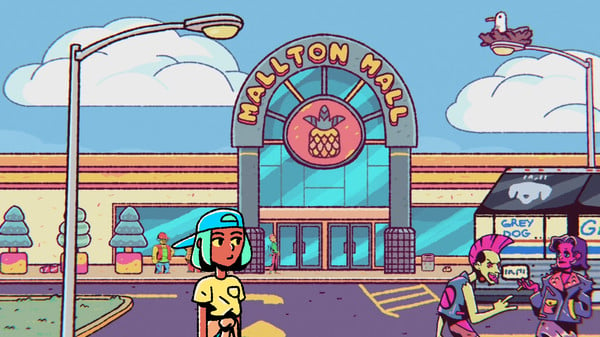 Mighty Yell is also holding a contest to be featured as the voice actor for a randomly chosen non-player character in the game.Winners will also receive a free download of the game and a t-shirt. Read more here.

The Big Con stars Ali, a teenage con artist out to save her mom’s video store from unscrupulous loan sharks any way she can. In this open-ended adventure with punchy puzzles and dialogue, how players make that money is in their hands: pick pockets, pick locks, persuade marks, pilfer prizes, sneak around in disguises, and even profit off the latest plushie fad. From the visuals to the writing, The Big Con is a fun and hilarious trip back in time to an age that is farther away now than some of us would care to admit.