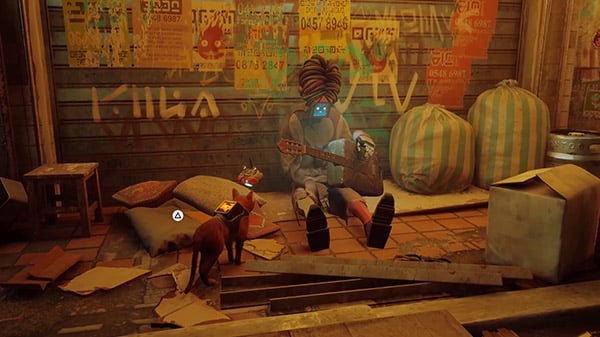 Lost, alone, and separated from family, a stray cat must untangle an ancient mystery to escape a long-forgotten city. Stray is a third-person cat adventure game set amidst the detailed neon-lit alleys of a decaying cybercity and the murky environments of its seedy underbelly. Along the way, the cat befriends a small flying drone, known only as B12. With the help of this newfound companion, the duo try to find a way out.

Watch a new gameplay walkthrough trailer below. View a new set of screenshots at the gallery.

visit gallery »
I Am Dead coming to PS5, Xbox Series, PS4, and Xbox One on August 9 Previous post
Outer Wilds expansion 'Echoes of the Eye' announced Next post

Corrderio ⋅ Splatoon 3 ‘Return of the Mammalians’ trailer, screenshots ⋅ 2 minutes ago