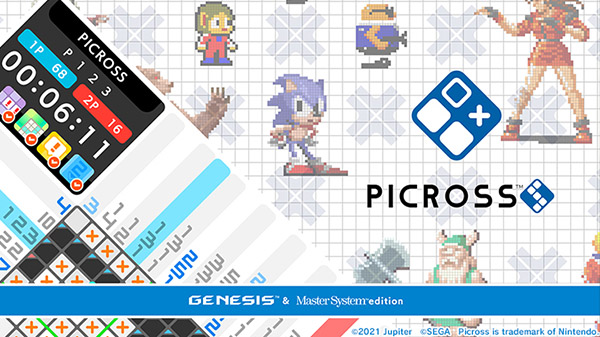 An exciting collaboration between Picross S and characters from hit games on the Sega Master System and Sega Genesis!

A character editor has been added to the Nintendo Switch version of Picross S!

Select characters have been chosen to debut as Picross puzzles from Sega’s classic consoles, the Master System and Sega Genesis!

The compilation includes a total of 59 titles!

The game modes are adapted from the Picross S series!

In addition to the Picross S series, you can play four other popular Picross modes: Picross, Mega Picross, Color Picross, and Clip Picross!