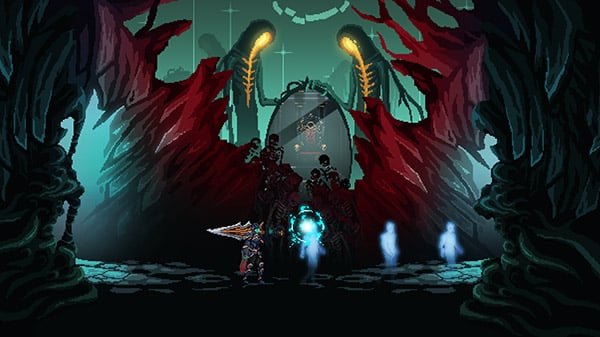 Publisher Serenity Forge and developer White Rabbit have released a new trailer for Death’s Gambit: Afterlife showcasing the upgraded release’s new content and improvements, as well as confirming release windows for the PlayStation 4 and PC versions.

Here is a brief overview of the game, via Serenity Forge:

Death’s Gambit is a 2D action Metroidvania with slick combat that requires precision from its players to master its expansive options. Death’s Gambit: Afterlife adds 10 new levels, 22 new weapons, 100 talents, skills, storylines, cinematics, gameplay enhancements, and much more to make it the most definitive edition of the game to date.