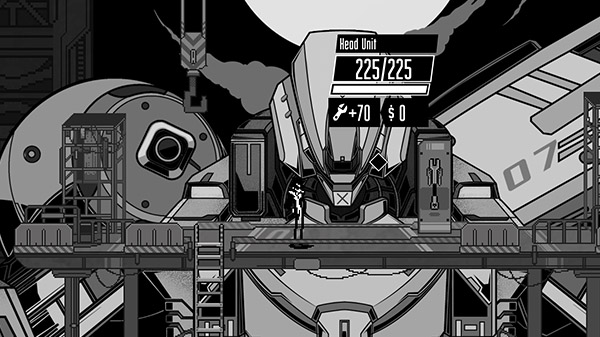 Publisher Raw Fury and developer Ota Imon Studios have released the gameplay reveal trailer for turn-based mech combat RPG Wolfstride, as well as announced the release of a demo for PC via Steam on June 16.

The demo will feature two replayable matchups, as well as a chance to upgrade your mecha COWBOY between each turn-based battle.

Live the life of an aspiring Mech combat pilot in a world caught between the last gasps of a simpler time and the shimmering metal of a sprawling metropolis. Use skills and weapons to defeat other mechs in turn-based tactical combat. Make your way to the top by managing repairs, upgrading weapons, and learning new skills. Get to know the locals and build relationships to earn money doing odd jobs for them. Whatever it takes to win the Ultimate Mech Tournament.

Wolfstride is due out for PC via Steam in 2021.