First released for PlayStation Portable in 2013. 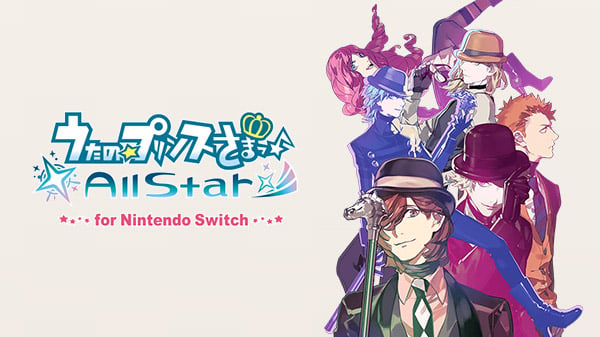 Here is an overview of Uta no Prince-sama: All Star, via Play-Asia:

It’s been a year and a half since Nanami Haruka graduated from Saotome Shining’s school of performing arts. Having signed with Shining Studios, Nanami is constantly looking for her big break, however, it just hasn’t come yet, and if she fails to write a brilliant song before the second year is up, her contract will be terminated.

Thirteen Princes are at her rescue, she is going to face a different challenges with each of them. With the senpai idols, she’ll have to write something for the music festival, with the teachers from the previous series, she’ll have to handle the direction of their changing relationship. And with the seven princes who graduates with her, she will have to write a song for all seven of them, however, her final partner is but one of these princes.

So who is your prince?