The Legend of Heroes: Trails to Azure coming west in 2023 for PS4, Switch, and PC

The second part of the Crossbell story arc. 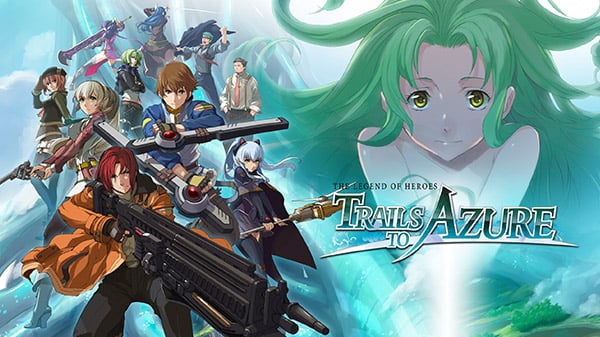 NIS America will release Falcom-developed RPG The Legend of Heroes: Trails to Azure for PlayStation 4, Switch, and PC via Steam, Epic Games Store, and GOG in 2023 in the west, the publisher announced. It will feature Japanese voice-overs with English subtitles.

The text featured in the Geofront fan translation mod for The Legend of Heroes: Trails to Azure serves as the basis for the official release by NIS America. Read more about that here.

The Legend of Heroes: Trails to Azure first launched for PSP in September 2011 in Japan, followed by PC in March 2013 in China, PS Vita in June 2014 in Japan, and PlayStation 4 in May 2020 in Japan. An Asian version with only Traditional Chinese and Korean subtitles launched for Switch in April, and is due out for PC via Steam this fall.

Following the events of Trails from Zero, the Special Support Section find themselves with new members and new duties. However, rising tensions in Crossbell along with pressure from two neighboring political powers threaten both the safety of their home, as well as the integrity of their team.

The story of aspiring hero Lloyd Bannings continues in Trails to Azure!

Set just a few months after the events of Trails from Zero, a temporary peace has settled over Crossbell and the Special Support Section find themselves with newfound fame and status, thanks to their heroic actions.

However, the peace is soon broken with the rise of multiple organizations with ulterior motives. Framing these growing tensions is the increasing pressure from the Erebonian Empire and the Republic of Calvard, with Crossbell caught between them. With the safety of their home and the foundations of their team now on the line, Lloyd and his allies must gear themselves for the threats that loom ahead. Little do they know that Crossbell will soon become the stage for a climactic conflict that will determine its future…

Dr. Gulabjamuns ⋅ Funcom acquires Cabinet Group, including Conan the Barbarian and dozens of other IP ⋅ 23 seconds ago

OxyTech ⋅ Funcom acquires Cabinet Group, including Conan the Barbarian and dozens of other IP ⋅ 15 minutes ago