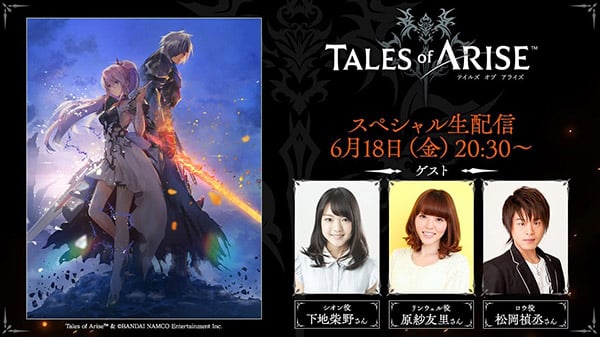 Bandai Namco will host a Tales of Arise Special Live Stream on June 18 at 20:30 JST, the company announced. You will be able to watch it on YouTube.

If you missed it earlier today, watch the latest trailer here.