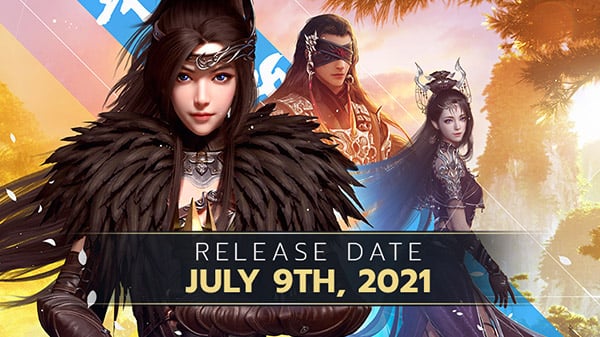 The game will be available in three editions: $39.99 / €39.99, $59.99 / €59.99, and $99.99 / €99.99. Players who pre-purchase the game will receive a pre-order bonus which includes exclusive cosmetic in-game items. Additionally, the pre-purchase will also provide access to character name reservation and character creation before the official launch.

Here is an overview of the game, via Gameforge:

Dazzling MMORPG Swords of Legends Online explores an eons-long clash between the forces of light and darkness. Only those chosen by the legendary sword buried deep within them may unlock the powers necessary to banish the fog of evil, death, and destruction that threaten to consume this tempestuous world. Based on the massively popular Chinese legends that inspired the multi-award-winning television series, several movies, novels, and a series of games including the recent MMORPG Gujian Qitan Online—which first launched in China in July of 2019—Swords of Legends Online introduces a fully remastered version of the highly anticipated triple-A saga to a new audience.