A high-definition remaster of Super Monkey Ball 1, 2, and Deluxe. 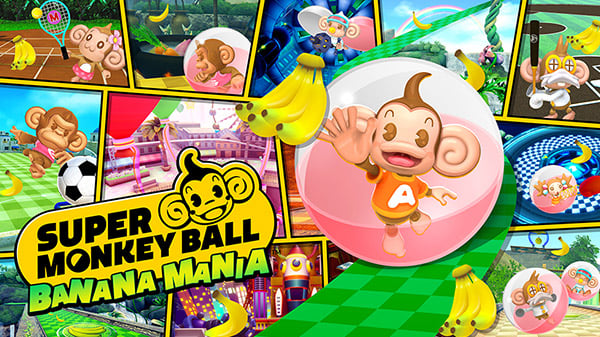 Sega has announced Super Monkey Ball: Banana Mania for PlayStation 5, Xbox Series, PlayStation 4, Xbox One, Switch, and PC. It will launch on October 5. The console versions will cost $39.99 and the PC version will cost $29.99.

The following two special editions will also be available:

Roll, tilt, and bounce through imaginative worlds as AiAi and his all-star cast of monkey friends race to thwart the nefarious schemes of evil monkey mad scientist Dr. Bad-Boon! No banana is safe in this epic new Monkey Ball adventure, featuring modern graphics and features, immersive comic book-style storytelling, four-player local coop, online challenges and leaderboards, and a barrel’s worth of new playable characters that rekindle the magic of the iconic originals.

“We’re thrilled to announce a new Super Monkey Ball at the same time as we celebrate the 20th Anniversary of this beloved series,” said Sega creative director and Super Monkey Ball creator Toshihiro Nagoshi in a press release. “Everyone’s support, especially fans overseas, has been a big encouragement to the development team over the years. We can’t wait to reintroduce the rich world of Super Monkey Ball to a new audience.”

Super Monkey Ball: Banana Mania producer and director Masao Shirosaki added, “I’m so excited to finally share this news with AiAi fans around the world. It’s an honor to be a part of such an iconic series with 20 years of history. Super Monkey Ball‘s charm and playfulness is deeply rooted in its DNA, and we’re eager for our fans to experience the joy and wonder of the newest adventure.”