The latest in the Key-developed title's long-running series of ports. 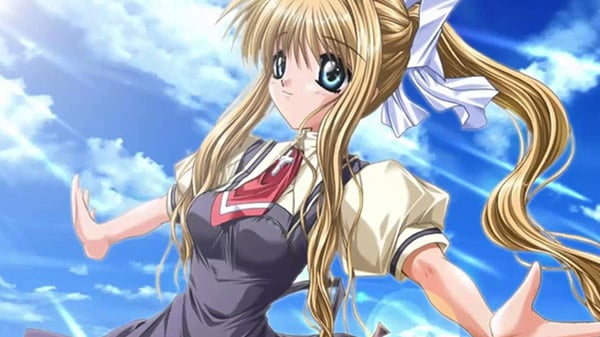 Protoype will release Key-developed romance visual novel AIR for Switch this summer in Japan for 4,980 yen, the latest issue of Weekly Famitsu reveals.

AIR first launched for PC in September 2000 in Japan, and has since been ported to a variety of additional platforms including Dreamcast, PlayStation 2, PSP, iOS, Android, and PS Vita.

Just like the PS Vita version, the Switch version will include the fully voiced visual novel version of the spin-off novel Hatsuzora no Shou. Additionally, event CG can be scrolled to cover the parts that are cut off, and there is also touch and one-handed play support.

Kunisaki Yukito’s deceased mother left him with the doll and her last wish that Yukito look for the “girl in the skies” because it is his destiny to save her. Only half-understanding what his mother meant, Yukito has been traveling across Japan, vainly searching for this myth-like girl his mother told him about. His latest destination is a small, sleepy town where summer has just arrived; and his encounter with a young girl named Misuzu there sets the wheels of destiny turning….