PC version due out first on September 2. 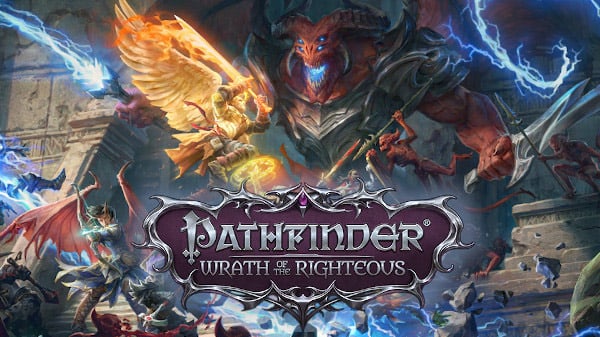 Publisher Koch Media and developer Owlcat Games will release isometric RPG Pathfinder: Wrath of the Righteous for PlayStation 4 and Xbox One this fall, the companies announced. Physical editions will be published by Koch Media’s Prime Matter label.

The PC version of Pathfinder: Wrath of the Righteous will launch first via Steam, GOG, and Epic Games Store on September 2.

Embark on a journey to a realm overrun by demons in a new epic RPG from the creators of the critically acclaimed Pathfinder: Kingmaker. Explore the nature of good and evil, learn the true cost of power, and rise as a Mythic Hero capable of deeds beyond mortal expectations.

Your path will take you to the Worldwound, where the opening of a rift to the Abyss has unleashed all-consuming terror across the land. For over a century, the neighboring nations have tried to withstand the threat coming from the portal and drive the enemy back, but to little avail. Now you have the chance to put an end to this conflict, but the path to salvation is far from clear-cut. Will you become a shining angel backed by worthy paladins? Or a powerful necromancer with hordes of immortal undead in your thrall? Or something else? Lead your army and challenge the mighty demon lords. Your crusade will set in motion a chain of events that will change the world—and you—forever.

RetroNutcase ⋅ Castlevania Advance Collection rated for PS4, Xbox One, Switch, and PC in Taiwan ⋅ 6 minutes ago