English voice-overs and text due out via free update. 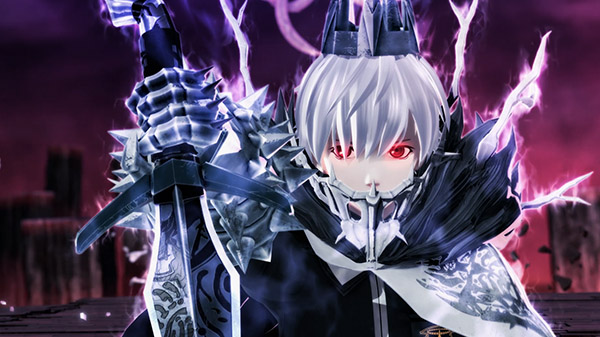 Additionally, publisher Clouded Leopard Entertainment confirmed it will release the game with Japanese, Traditional Chinese, Simplified Chinese, and Korean subtitle support in Asia day-and-date with the game’s Japanese release on October 14. It also confirmed that both English voice-overs and subtitles will be added to the game at a later date via a free update, suggesting a western publisher has already picked up the game for release. (Update 06/10/21 at 9:00 a.m.: NIS America will release the game in early 2022 with an added PC version.)

You suddenly awaken in Shin Mikado Academy. Before you is a barrier separating the campus from the rest of the outside world.

Within the academy grounds are the madness-inducing Mist, cryptic phone calls that connect to the Otherworld, and seven Pactbearers–each with their own Daemonic power ruled by their Egos.

To resist the irrationality surrounding you, you acquire the Authority of Vanity, a Daemonic power that subsists off of your Ego and madness. You and your four companions then establish the True Student Council, with you as their vice president. Together, you fight to return the academy back to normality.

At Shin Mikado Academy, you’ll befriend and fight alongside four companions who will lead you to four separate destinies.

Whose hand will you ultimately take?

Where will their paths lead you?

How will these four fates converge?

Only you, the master of your own destiny, can find out.

Watch the debut trailer, as well as a background music video, and theme song and insert songs video below. View the screenshots at the gallery. Visit the official website here.

S_Mania999 ⋅ Disney Classic Games Collection: Aladdin, The Lion King, and The Jungle Book announced for PS4, Xbox One, Switch, and PC ⋅ 4 minutes ago