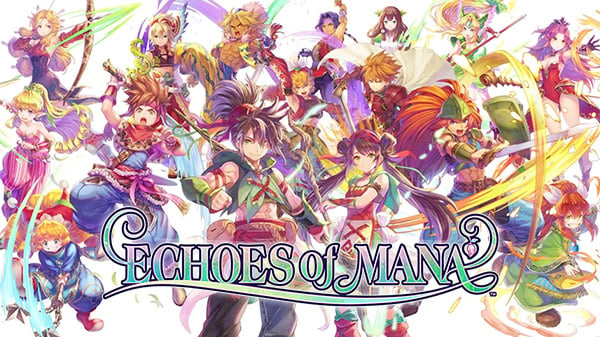 Publisher Square Enix and WFS announced Mana series all-stars action RPG Echoes of Mana for iOS and Android during the Mana series 30th anniversary live stream. It will launch as a free-to-play title with in-app purchases in 2022 with support for English, Japanese, French, German, Traditional Chinese, and Korean language options.

Watch the announcement trailer and first gameplay footage below. View the first screenshots at the gallery. Visit the official website here: English, Japanese.