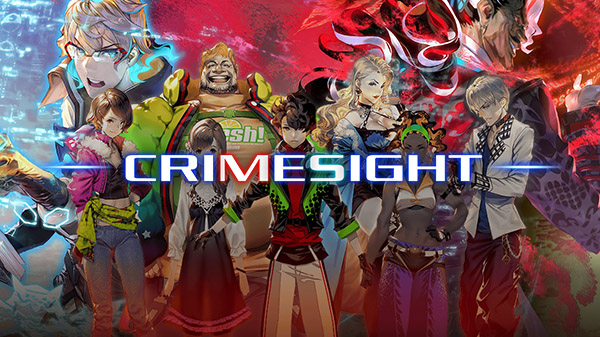 Konami has announced mystery simulation game CRIMESIGHT for PC (Steam). A release date was not announced.

The company is currently recruiting participants for a closed beta test, which you can apply for by following the official CRIMESIGHT Twitter account and retweeting the this tweet, or joining the CRIMESIGHT Discord Server and responding to the indicated recruitment message with the specified emoji.

A new kind of mystery simulation game where you must deduce not only the culprit, but the victim as well!

Heinous crime around the world has been reduced by 90 percent thanks to the implementation of a “Foresight AI” which is able to predict future crimes based on information found on the network.

However, the Foresight AI predicts a future where the world falls into ruin due to incidents which cannot be prevented.

This concerns the system developers, who engineer an AI that specializes in tracking and solving these crimes.

The new AI is given the name “Sherlock” as an homage to the legendary detective of old.

Pursuing a number of cases leads Sherlock to a single conclusion.

At the center of these incidents Sherlock’s equal rival, the AI “Moriarty,” lies in wait.

How to Join the Closed Beta Test

Download codes for the closed beta will be sent out to winners randomly selected out of a pool of participants who do any of the following:

Dr. Gulabjamuns ⋅ Funcom acquires Cabinet Group, including Conan the Barbarian and dozens of other IP ⋅ 32 minutes ago

OxyTech ⋅ Funcom acquires Cabinet Group, including Conan the Barbarian and dozens of other IP ⋅ 47 minutes ago
Latest Open Forum