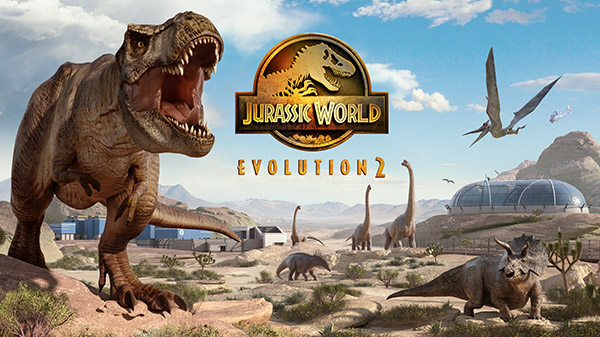 Based on Universal Pictures’ blockbuster film franchise and created in collaboration with Universal Games and Digital Platforms, Jurassic World Evolution 2 builds upon the ground-breaking and beloved 2018 dinosaur park management simulation. It offers players a thrilling front seat as they take charge of one of the greatest theme parks of all time.

With a brand new, immersive narrative campaign voiced by cast members from across the Jurassic World film franchise, exciting new features, four engaging game modes, and an enhanced and expanded roster of dinosaurs, Jurassic World Evolution 2 provides fans with everything they need to create authentic and compelling Jurassic World experiences.

Players will leave the Muertes Archipelago for the first time and build their own authentic Jurassic Worlds across diverse new environments, from dense forests to scorched deserts, in efforts to conserve and contain more than 75 prehistoric species. These include all-new flying and marine reptiles, brought to life with captivating realism. They’ll display brand new behaviors as they interact with each other, fight for dominance, and react intelligently to the world around them.

Chaos Theory mode is another major addition. It offers a reimagined take on pivotal moments from the Jurassic World film franchise as players strive to make their own mark and change the course of events. Elsewhere, for those looking to unleash their creativity, Sandbox mode delivers everything players need to create their perfect Park, while Challenge mode tests their mastery of the game.

Across all modes we’ve dramatically improved our signature management and construction gameplay to give players everything needed to create their ultimate Jurassic Worlds. Whether it’s deeper management tools and creative options, fresh buildings to construct and customise, or handy shortcuts to make life easier, in Jurassic World Evolution 2, players can truly flex their managerial muscle.

Jason B. ⋅ Perfect Dark – Crystal Dynamics to collaborate with The Initiative on development ⋅ 8 minutes ago