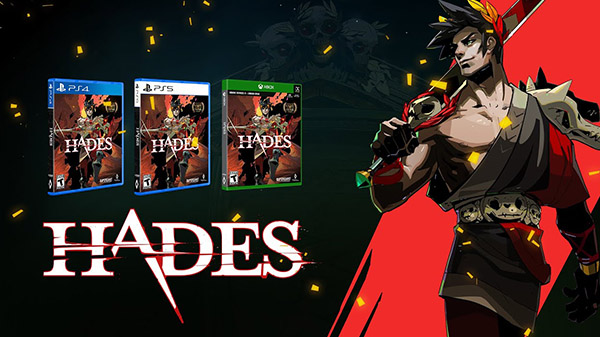 Publisher Private Division and developer Supergiant Games will release Hades for PlayStation 5, Xbox Series, PlayStation 4, and Xbox One both physically and digitally on August 13, the companies announced. The Xbox versions will also be available via Xbox Game Pass.

Hades first launched for Switch and PC via Steam and the Epic Games Store in September 2020 following a 10-month Early Access period.

The physical edition includes a booklet containing artwork from art director Jen Zee, as well as a redeemable code for the game’s soundtrack. First-print runs will include a metallic foil detailing across the cover art. It is available for pre-order now at the Private Division Store and various retailers for $29.99.