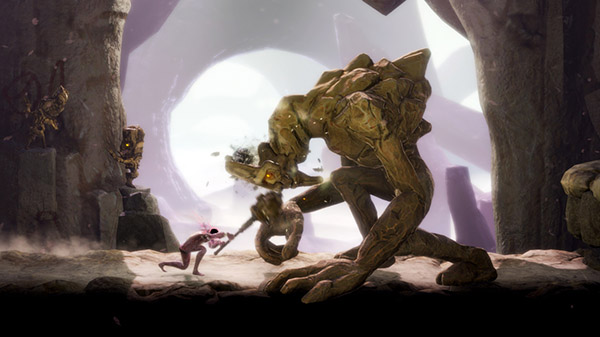 GRIME will launch for PC via Steam, GOG, and Epic Games Store, as well as Stadia on August 2 for $24.99, publisher Akupara Games and developer Clover Bite announced.

The game will launch with “over 15 hours of gameplay content, including hundreds of weapon and armor combinations, an expansive bestiary, plus many unique skills to unlock that add further variance to your gameplay experience.”

Pathfinder: Wrath of the Righteous coming to PS4, Xbox One this fall Previous post
Scars Above - nine minutes of pre-alpha gameplay Next post