Dolmen to be published by Prime Matter, launches in 2022 for PS5, Xbox Series, PS4, Xbox One, and PC 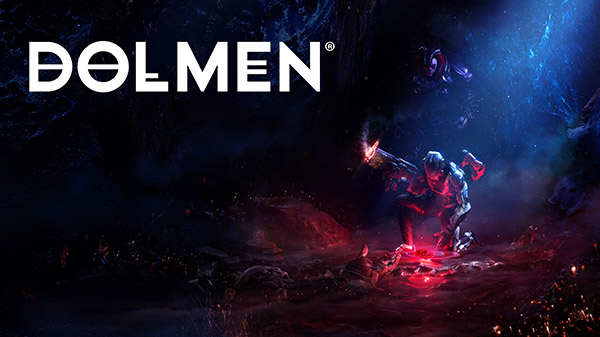 Prime Matter, the new publishing label under Koch Media, will publish the Massive Work Studio-developed cosmic horror science-fiction third-person action RPG Prime Matter for PlayStation 5, Xbox Series, PlayStation 4, Xbox One, and PC when it launches in 2022, the company announced. It will be available both physically and digitally.

Cosmic horror and science-fiction are two ways to talk about Dolmen. It is a third-person action game with RPG elements but with a Lovecraftian plot that calls players to find what’s behind the darkest secret of the universe!

A forgotten planet called Revion Prime will be the place where the action takes part. And it won’t be easy: Adaptation and exploration will be your main weapons as you craft new items and equipments from your enemies’ carcasses! Every step can be your last one!

Use your experience points to improve yourself and face what no human has ever faced. After all, quoting David Hume: “The life of man is of no greater importance to the universe than that of an oyster.” Maybe he was right… Or not.

“Koch Media have helped thousands of developers to create fantastic worlds with incredible stories,” said Massive Work Studio producer Larissa Villard in a press release. “We are proud to be partnered with such a prestige publisher and be part of their story. Everyone at Massive Work Studio is working hard to deliver the players an unique experience, so they can unveil this massive universe we are creating.”

Koch Media global communications manager Niklas Kaeding added, “We are delighted to team up with Massive Work Studio for this upcoming release. Dolmen fits perfectly into our broad portfolio of quality games for gamers and with the studios great ambition it’s also a perfect fit for our new premium games label. Our teams in Munich and around the world are going to support the dev team at Massive Work Studio with all of our local and global publishing and marketing experience.”

nobitakun ⋅ Fatal Frame: Maiden of Black Water coming to Switch in 2021 ⋅ 7 minutes ago