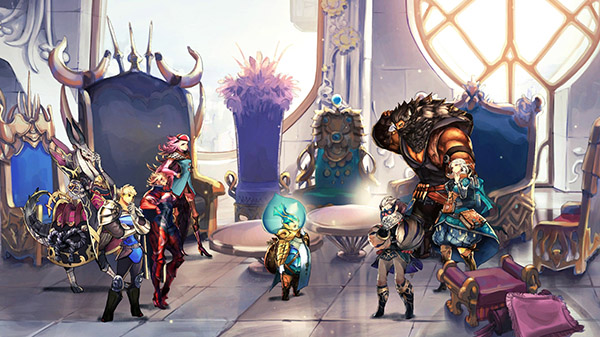 An epic adventure with the charm and pedigree of a classic JRPG, Astria Ascending tells an expansive story of fate, sacrifice and new beginnings.

In a world where chaos looms, players take control of the Demigods—a motley crew of eight heroes charged with the fate of the world. Each character has their own story, explored across five cities, twenty-five dungeons and thirty hours of gameplay up to fifty for 100 percent of completion. Along with the finely tuned turn-based combat, players can try out a range of side quests and mini-games, including an original fantasy-themed token game.