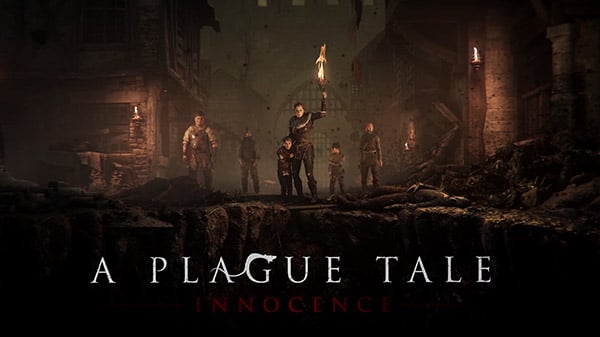 Publisher Focus Home Interactive and developer Asobo Studio will release A Plague Tale: Innocence for PlayStation 5 and Xbox Series on July 6, the companies announced. It will be available as a free upgrade to existing owners on PlayStation 4 and Xbox One.

The PlayStation 5 and Xbox Series versions will feature enhanced 4K resolution and 3D audio support, and run at 60 frames per second.

Additionally, on the same date, Focus Home Interactive will also release a cloud-based Switch version of the game via the Nintendo eShop.

A Plague Tale: Innocence first launched for PlayStation 4, Xbox One, and PC via Steam in May 2019.

Follow the grim tale of young Amicia and her little brother Hugo, in a heartrending journey through the darkest hours of history. Hunted by Inquisition soldiers and surrounded by unstoppable swarms of rats, Amicia and Hugo will come to know and trust each other. As they struggle to survive against overwhelming odds, they will fight to find purpose in this brutal, unforgiving world.

1349. The plague ravages the Kingdom of France. Amicia and her younger brother Hugo are pursued by the Inquisition through villages devastated by the disease. On their way, they will have to join forces with other children, and evade swarms of rats using fire and light. Aided only by the link that binds their fates together, they will face untold horrors in their struggle to survive.As their adventure begins… the time of innocence ends.

Watch a trailer for the next-generation upgrade below.