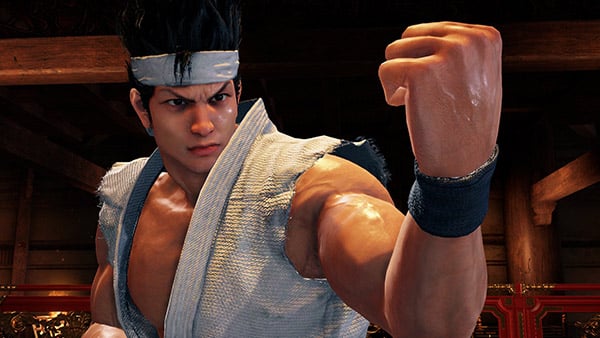 Sega has announced Virtua Fighter 5: Ultimate Showdown for PlayStation 4. It will launch digitally worldwide on June 1.

The game, “remade for a new generation,” features the same fundamental gameplay and combat as previous entries, but with rebuilt graphics using Ryu Ga Gotoku Studio’s Dragon Engine, as well as new background music for every stage, a new user interface, a new opening cinematic, and new lighting and shaders. Players can also spectate online matches in real-time, as well as build robin-robin style online tournaments. The private and public lobby system supports up to 16 players, and includes new communication tools like stamps.

Widely celebrated by classic fighting game fans for its strategic 3D gameplay, intuitive mechanics, intricate balance, and intense martial arts combat, Virtua Fighter 5 has received popular updates throughout its history, most recently with the console re-release in 2012. Virtua Fighter 5: Ultimate Showdown re-envisions the visceral experience of the original with gorgeous HD graphics, new online features, and all the bone-crunching, martial arts combat of its renowned predecessor.